Millennials: The Good, The Bad, and The Inevitable

The millennial generation is fast approaching the top of the list for the American workforce over Generation X and Baby Boomers. Like it or not, millennials and their nuances will shift the global workforce as we know it with their new ideas and an overall lack of interest in traditional corporate structures. At the risk of boxing in an entire generation of human beings, it is safe to say that this group does share a similar set of attitudes that are shaking things up in the workplace.  All of the attributes that make this generation potentially great are the same ones that are making life difficult for employers.

There is no lack of opinion or of corporate studies and reports about the nature of these digital natives. Blame often lands on the parents for their helicopter approach. This may have led this generation to need a coach rather than a ‘boss’. They don’t want to see a division of power because they want all of the decision-making power upfront. As children they were taught that they were equal with adults as early as kindergarten, that they deserved respect and input before they had any life experience to back it up. While this attitude may seem harmless, it may have left permanent mark of entitlement.  Others point to the college campuses, where admins are allowing “safe places” to shield students of uncomfortable topics. Campus complaints include parent phone calls to professors concerning grades that any young adult should have already learned how to address on one’s own. 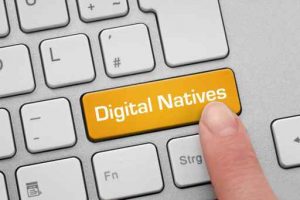 This is the most diverse, educated, tech savvy, and entrepreneurial-minded generation yet. Shouldn’t we be celebrating the possibilities? But, the possibilities have always been endless for this group. Technology has altered how we focus and what we pay attention both in good and bad ways.  This speaks to the root of the problem when it comes to the lack of dedication millennials can give to one project. Twenty percent of milllennials are in creative fields and many have small, personal businesses on the side to make additional income. They have financial back-up plans coupled with a general lack of loyalty to one company and while employers are dealing with a faster than average shift in how business is conducted.

There is a reported lack of follow through and absenteeism that make up just a few of the consistent complaints from employers. The largest group in our workforce is demanding a new work life balance and has grown up with technologies and social media. Subsequently they communicate differently, preferring to email and text while avoiding face-to-face communication. Employers have made concessions by allowing more flexible schedules, flailing attempts to create cultures that are hip and ‘Google’-like to attract talent, and but are slow to supply the upgrades that enable the tech communications that millennials want.

In a world where the likelihood of your current position being taken by a robot in the next 20 years is quantifiable, this is simply not just a case of supply and demand where people need jobs and companies need workers; so who has the upper hand? The individuals who are hiring and managing the millennials are often Generation Xers that have had to adapt at a nonstop level to a changing environment and have done so without the coaching the millennials expect. Employers want workers who can face a challenge and get things done while learning to compromise on the rate of growth one can expect at any given company.

This generation expects and demands a new type of relationship with the employer and with work, one that they are already accustomed to and is unwilling to give up easily.  Both sides have to reconcile with each other’s interests and values.

One response to “Millennials: The Good, The Bad, and The Inevitable”